All set to get to work tonight and this happened: 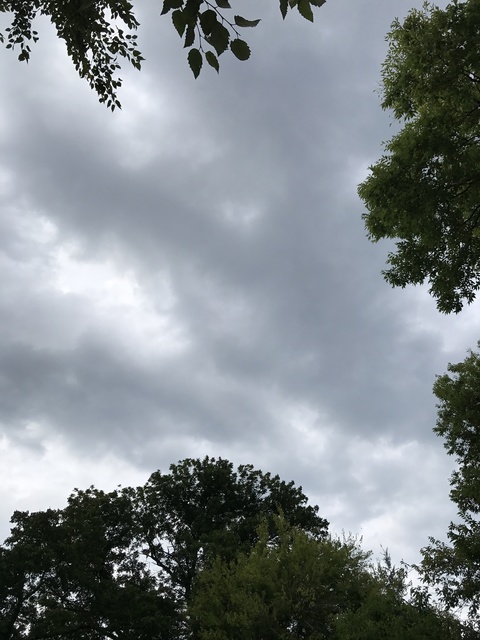 It hasnt actually poured down rain yet but I decided not to paint with that dark cloud overhead. This didn't happen when the boat was in the dining room...

So instead I suppose I'll tell you how we got the boat out.

The dining room has a door leading outside. 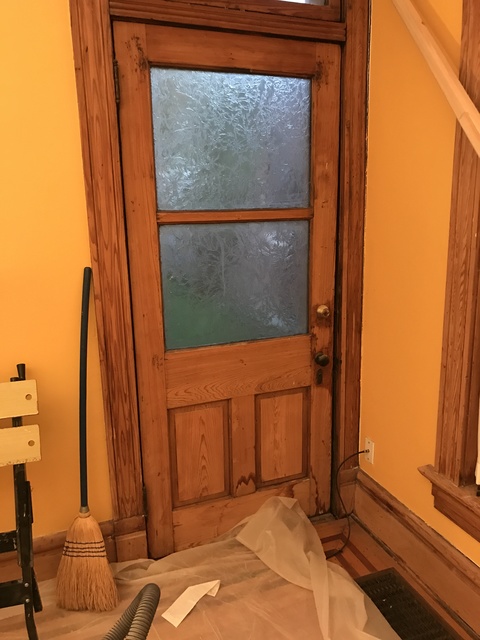 Easy, right? There are two problems. The first is that the door doesn't lead anywhere. 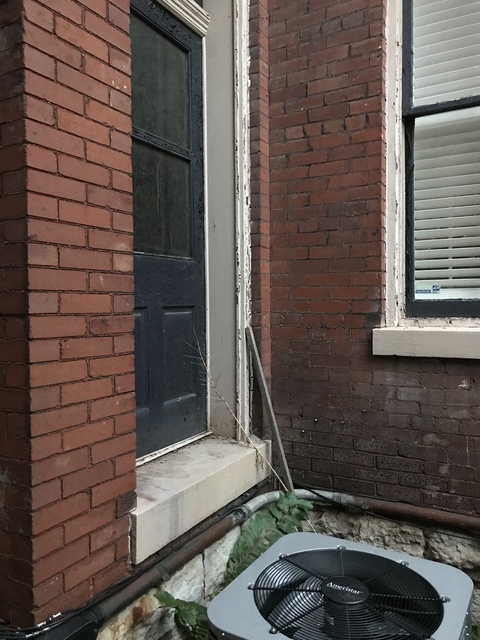 The second problem is slightly more serious in that the door doesn't actually open. It's not that it can't, it's just that the lock is stuck. Or as I found out later, the key I have isn't the key to that lock. And it's probably also stuck.

I had a week with the Jill and the kids out of town and I was ready to start sanding the epoxy so it was definitely time to take the boat outside. We decided to try and go out the front door first. Plan B was to try and get the dining room door open. Plan C was the axe. I have to say, I wasn't super excited about using the axe.

Alright, out the front door. First we tried to stretch a tape measure out to 17ft (bow to stern) and maneuver that around like it was the boat. It didn't look good, but it was close enough and the boat is light enough to risk trying it for reals. While we didn't make any headway, it was at least good for this picture. 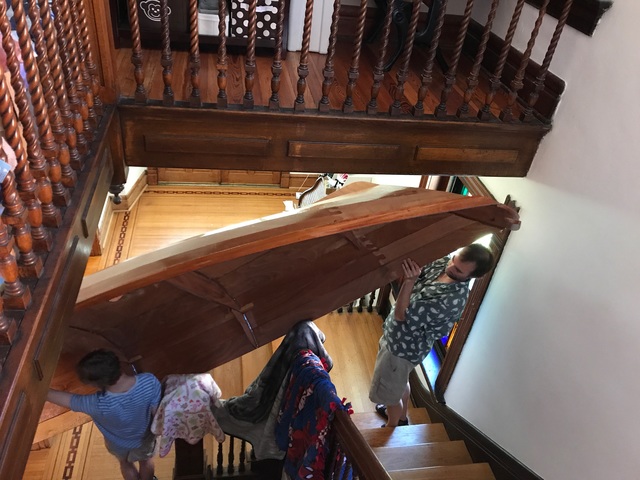 That's as far as we got, and then we were stuck. So back into the boat room it went.

Going out the front was a long shot anyway and now we had to switch to plan B. First we disassembled the lock to try and move the deadbolt. 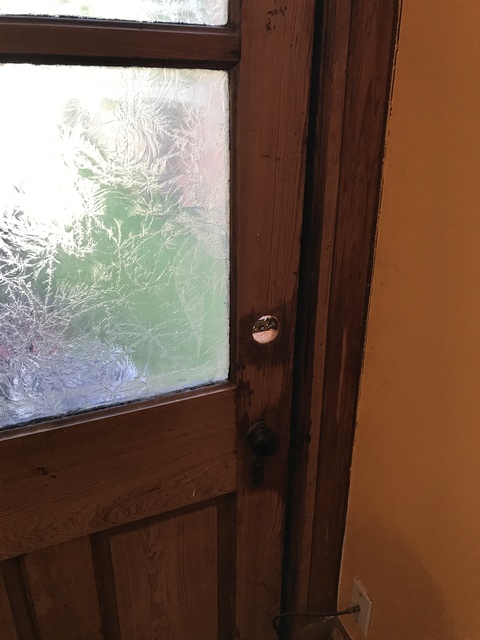 That didn't work at all. After that we decided to try taking the pins out of the hinges and pulling the door out of the frame. 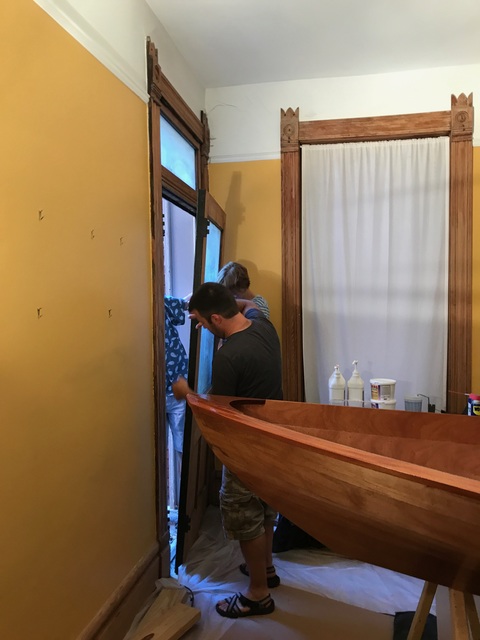 Success! After a couple false starts, the boat is out of the boatworks! Er, the dining room, I suppose. Soon, anyway. 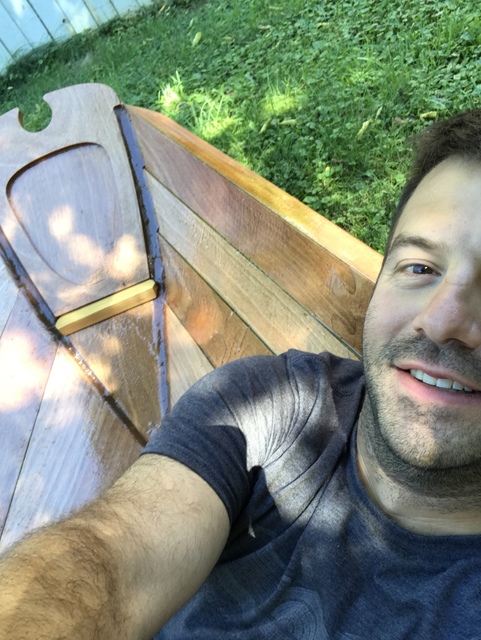 And then we had to put the door back on...

Before the boat went outside, when I wasn't working on the hull I was putting some parts together on the bench. The mast is supported in two places. The base

So... Yeah. I haven't written anything here in a while. Unlike the last big slowdown, it's not because boat construction is stalled! In fact: It's only the blog that's neglected.