I apologize for nothing. Especially dad jokes.

I'm constantly asked what the daggerboard is for. (Ok, constantly might be a bit strong). But I am asked. And I'm glad you asked!

Look at this picture! 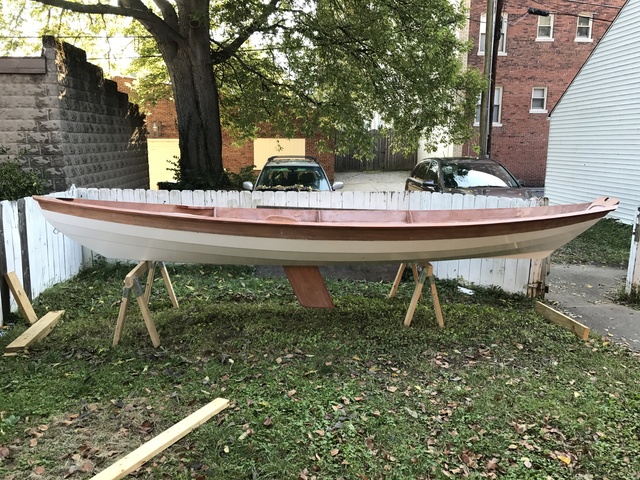 That's it hanging out of the bottom of the boat (hence the hole. The daggerboard acts as a keel putting counter pressure against the water to let you sail upwind. It can be raised by simply pulling it out of the box it sits in.

And now the callback to the title! 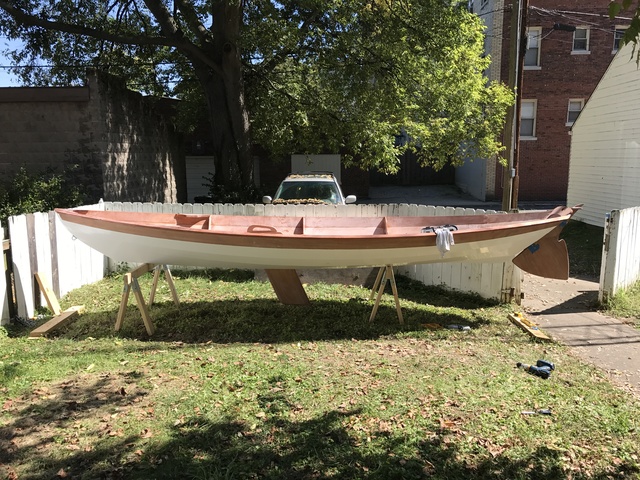 Hanging the rudder was much less tricky than I expected. I'd been dreading it for a while. Using a level I got the hinges hung on the transom. Apparently I marked it fairly well because they were pretty much in line.

Then I taped the other half of the hinges to the rudder and did my best to line it up. That worked... less well, but eventually, after I had the top hinge on, it went smoothly. The rudder swings nicely but doesn't go in and out too easily, which seems like a feature to me. 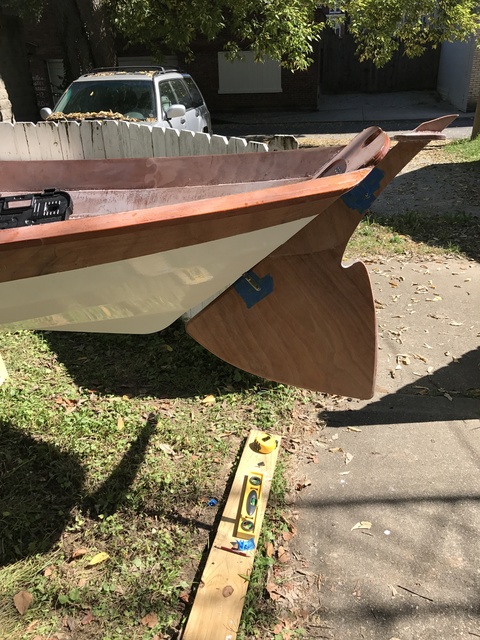 I messed up the little latch that holds the rudder in the hinges, so I will correct that next time, which as of this writing... is tomorrow.

I'm not sure I have anything to add...

This morning Z made apple muffins (with a little help). We start our makers young. Somehow the pan of 12 only made ten muffins... Ah, there they are.