For some reason we decided to do the second half of the starboard rail instead of starting on the inner half of the port rail.

This worked well until we got almost to the end and the boat started tipping over. Turns out, if you have two rails on one side and none on the other, and you add ~20 clamps on the already heavy side of a light boat, it gets tippy. So I leaned some piecees of 2x6 on the other side... 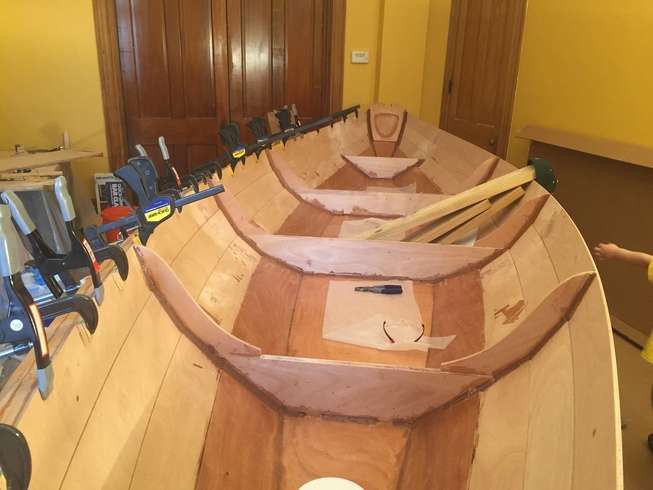 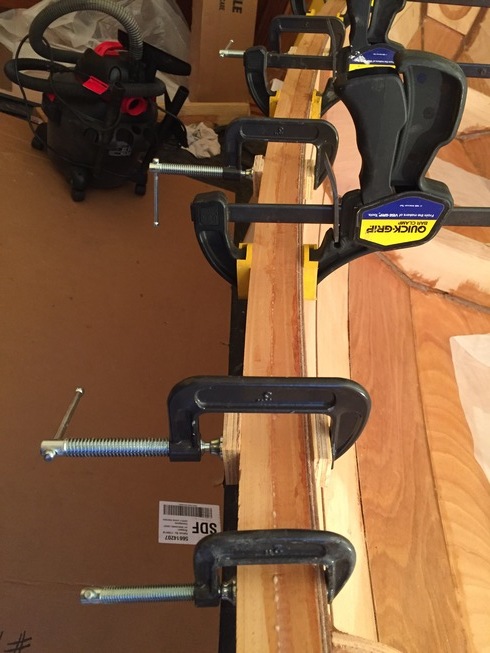 They're on kinda loose since they aren't big enough to clamp with pads, but they at least keep the rail close. I also used all of the bar clamps I have. Going to have to get some more of those to glue up the thwarts. 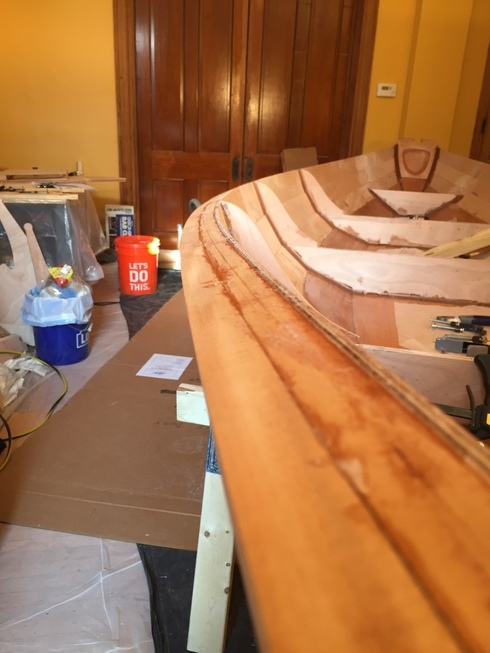 After the rail was assembled I started on some sanding on the daggerboard trunk and mast step. That went well with some 80 grit to even up the sides and some 120 to smooth some corners and edges. 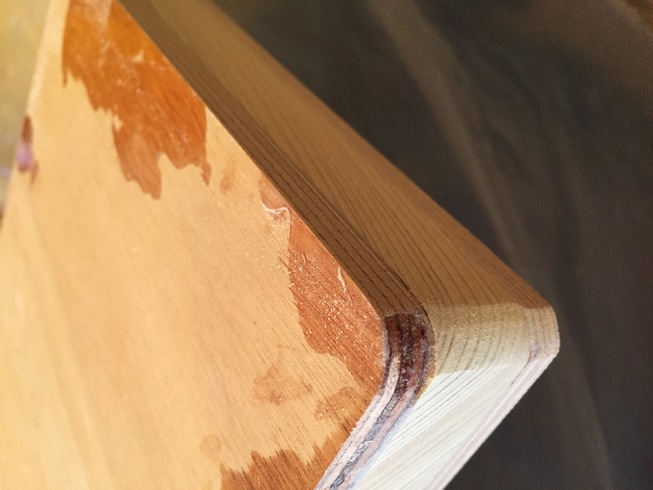 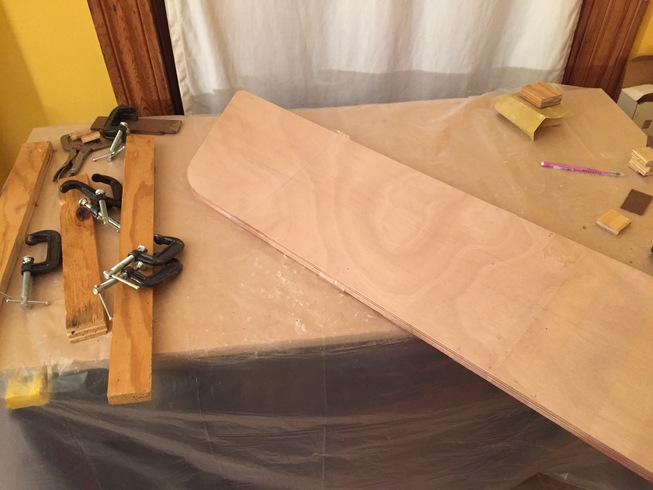 I forgot to mention last post that I've now started on the second bottle of epoxy. Hopefully I have enough to get through the process! I suspect the builders at CLC have less waste because they don't have to go comfort crying children instead of gluing that last part...

After I first took a sailing class, I told Caleb about having to pay attention to the boom. In certain sailing conditions, you have to watch out for the boom swinging through the cockpit of the boat. If you are standing up or otherwise

This is a blog post about bubbles. Wait... Ok, these bubbles turned out not to be much fun. In fact, these bubbles were a real problem... I'm talking about air