After I first took a sailing class, I told Caleb about having to pay attention to the boom. In certain sailing conditions, you have to watch out for the boom swinging through the cockpit of the boat. If you are standing up or otherwise in the way, well, the boom earns its name. This led to him walking around the house yelling, "Watch out for the boom!" and hitting me with his outstretched arm (the boom).

Anyway, that's the long lead in to this picture of the boom glued up on the floor of the boatworks. Only, wait... As it turns out, I don't actually have a picture of the glued up boom. I swear I took one. Hm... 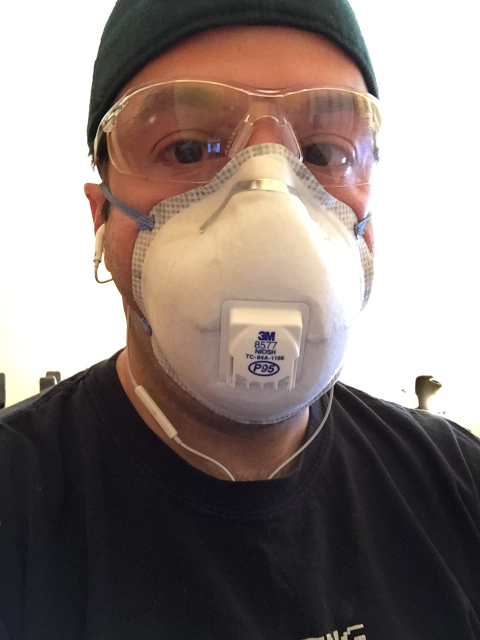 Too many epoxy fumes maybe...

Last Sunday was largely about bench projects, so I also glued up the legs of the daggerboard trunk, which was previously assembled. The legs are just two strips of solid wood glued to either side of the trunk. The finished assembly will be glued and screwed to the bottom of the hull.

In addition to finishing the daggerboard trunk, I also glued up the actual daggerboard. All of these things take a ton of clamps while they're gluing so it worked out that I didn't need basically all my clamps gluing a rail. 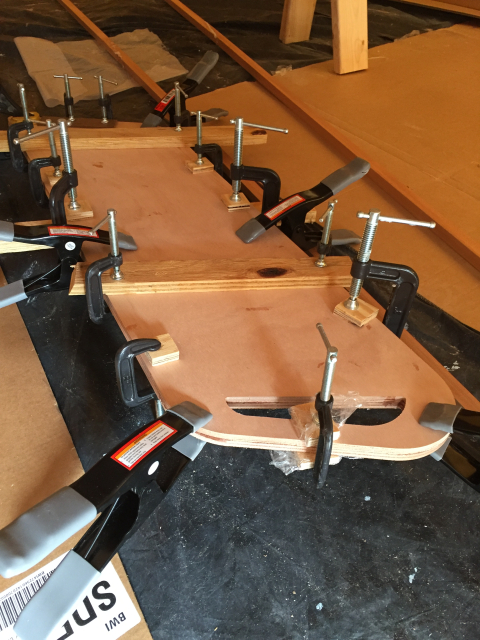 Initially I ran out of mixed epoxy and so I was going to wait to glue the handle doublers onto the daggerboard but then I had some extra after I glued on the trunk legs so I went back under the boat where I had it curing and added the handles on. 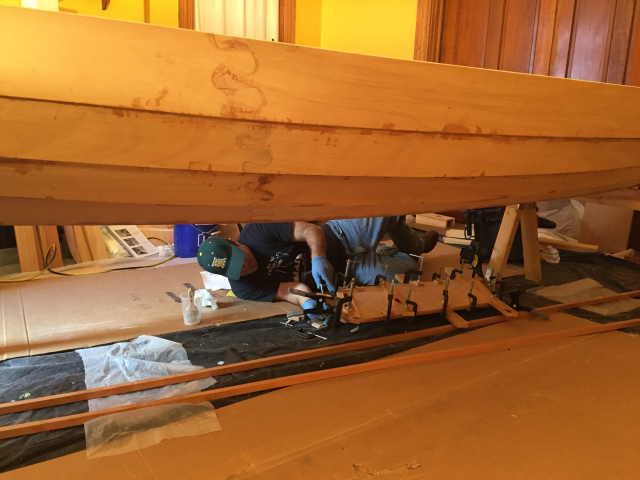 Next time I'm doing a rail, even if I end up doing it by myself. And if I do it myself, I should make sure that the legs don't fall out of the sawhorses when I try and move them around.

[Editors Note: This post has been sitting in my drafts for a while awaiting pictures. Now posted, a bit late]

Port side inner half of the rail is complete! First task was moving the boat. Last Sunday I attached the legs of the sawhorses to the sawhorses so that moving

...one to go. For some reason we decided to do the second half of the starboard rail instead of starting on the inner half of the port rail. The reason