This past Sunday we started putting the rails on, and by rails I mean half of the first one. Gotta start somewhere I guess.

The rails are glued down the sides of the boat and clamped in place while the epoxy cures. At the bow of the boat, the rails can't be clamped because the breasthook is in the way. Instead, we just screw them in with some temporary screws. 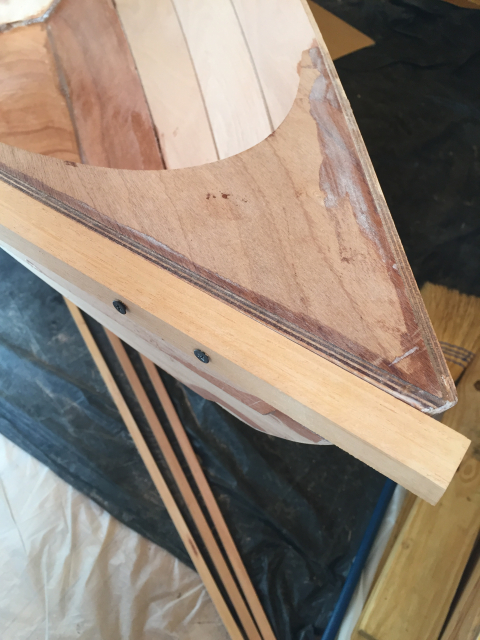 You can't see it very well in the picture but we couldn't quite get the front of the rail to lay flush along the front of the boat. Not sure if there's a little curve there or what. We put a third screw in which did nothing. Probably won't bother if it happens on the other side, just put in some extra glue to make sure the gap is filled. Obviously a lot of the front of the rail is going to be cut off, but first there's another layer or rail to laminate.

It took a lot of clamps to hold the rail on. We took some time opening the C-clamps and distributing them down the length of the boat. 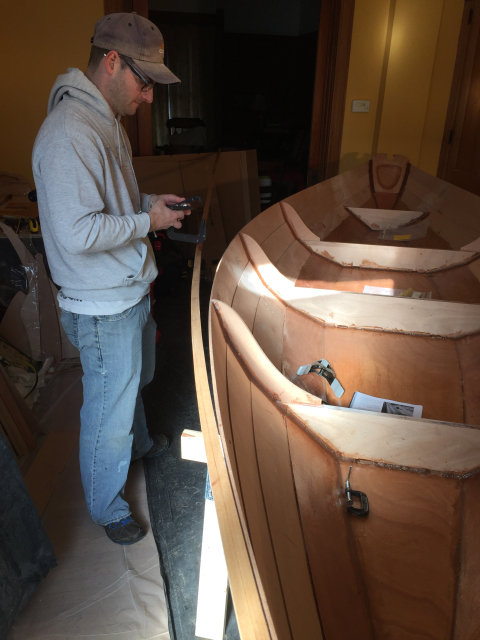 I have 36 clamps, a mix of large and small C-clamps, spring clamps, and a few bar clamps. It's not nearly enough. 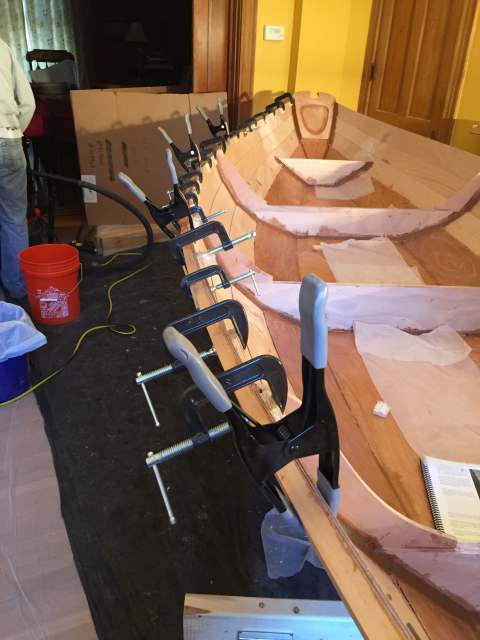 This used ~25 of them. So instead of doing the rail on the other side, we glued up the daggerboard trunk. That only took eight. 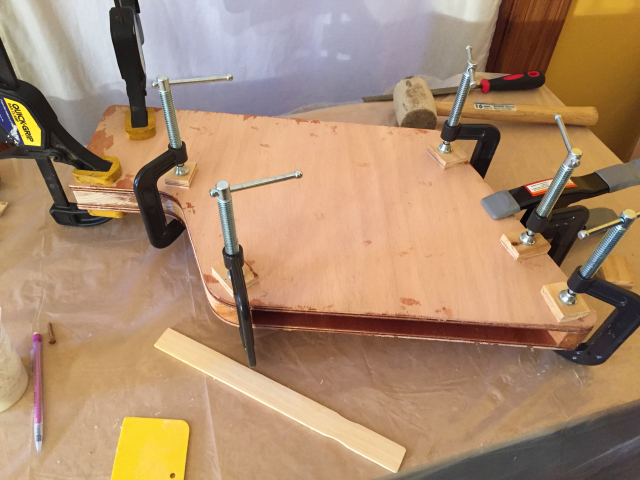 The rails are two strips laminated together so there are three more strips to glue. Fortunately there are some parts to put together on the bench with the remaining clamps. The rails are really a bear to put on because they are so long and they have to be bent onto the boat, so it really does help to have a second person. It would be an awful lot of work for one person to apply the glue, drive screws at the bow, place the clamps, and the cleanup all the epoxy squeeze out.

Hopefully next time we can mount the inner part of the rail on the starboard side of the boat. I will have to pick up a few more larger clamps before we can glue up the outer rails. Everyone I know is getting C-clamps for Christmas unless I still haven't finished the boat...

This is a blog post about bubbles. Wait... Ok, these bubbles turned out not to be much fun. In fact, these bubbles were a real problem... I'm talking about air