The rails are done!

Rails are also called gunwales (and many other things) since that's where you mount the guns. 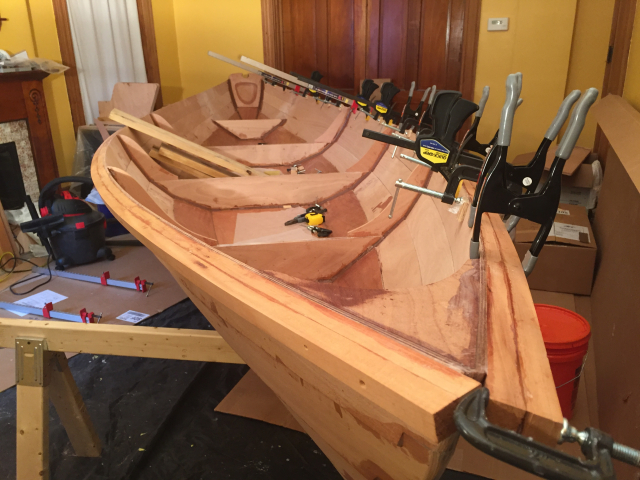 Also, I epoxied together the blade of the rudder from the sailing kit. Haven't added the rudder cheeks (doublers) yet. I'll add a picture when I do. 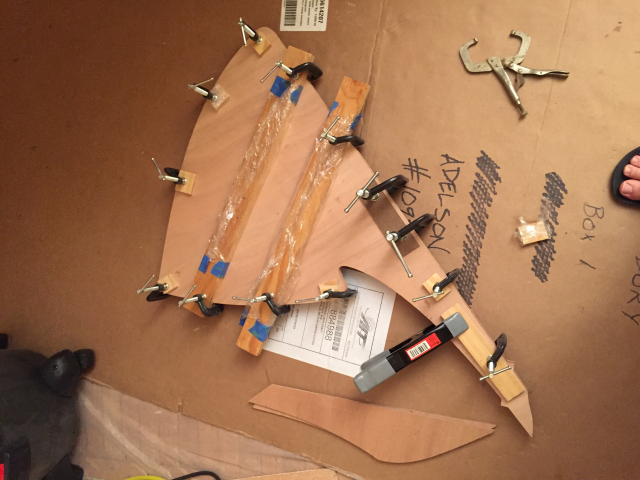 You can see the rudder cheeks laying on the floor next to the rudder. I would have glued them on at the same time but I ran out of glue and didn't feel like mixing more. I still have to put together a bunch of other parts so I will be mixing plenty more glue.

Short post today, but note that I also published two previous posts that have been lingering in 'Drafts' for longer than I care to admit.

Not much to show this week. Recently I've had a little less time to work than usual so change has gone slow. This past Thursday I flipped the boat back

Port side inner half of the rail is complete! First task was moving the boat. Last Sunday I attached the legs of the sawhorses to the sawhorses so that moving